Almost every year, I get a nice long break from work around the Christmas and New Year holidays.  I took advantage of the time off to check out a part of Arizona that I had never explored much.  Most people have the impression that Arizona is nothing but a hot dry desert, and also that the closer you get to the southern border, the hotter and drier it gets.  Well that is not at all the case.  Southern Arizona is home to grasslands, foothills and mountain ranges, called Sky Islands, that rise to over 9,000 feet in elevation!

So the day after Christmas, I got in the truck and headed south.  After about 3 hours of driving, I was close to the Mexico border at a very remote preserve called Buenos Aires National Wildlife Refuge.  I took a short off road trail called Pronghorn Drive, and although the landscape was ripe for wildlife, I did not see any of the mammals the drive was named after.  Oh well...  when you go out looking and expecting to see wildlife, you're almost guaranteed to not see any!  I also checked out a wetland near the tiny town of Arivaca, which was quite impressive.  I hiked a few miles and most of it was on a built up boardwalk!  The amount of labor and lumber used to build the trail was what impressed me.  It was also very peaceful and quiet.  I saw quite a bit of wildlife...  I actually startled a squadron of very large javelina!  Also, at one point, a skunk with a large puffy white tail crossed the trail in front of me.  Both encounters happened so fast, I couldn't get any good shots.

I did, however, snap a photo of a huge tree, possibly a cottonwood, with Baboquivari Peak in the background and the wetlands in the foreground... 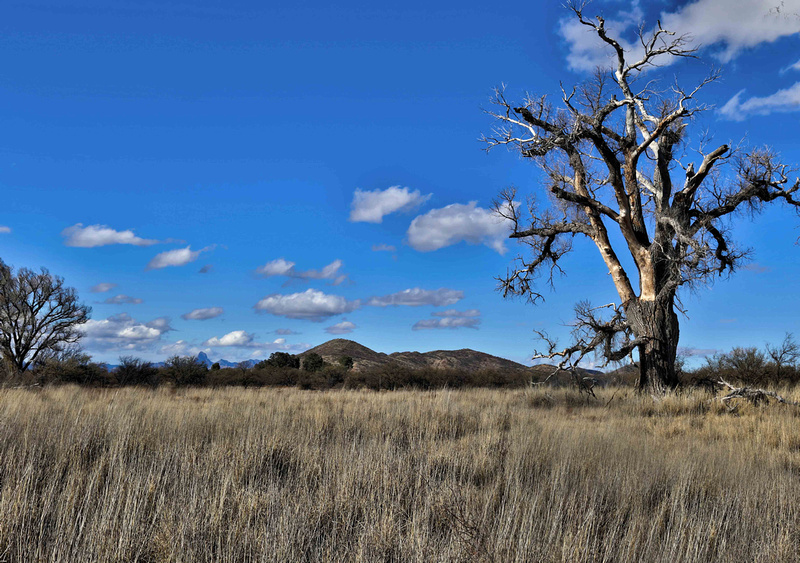 Next, I drove through Tubac, Tumacacori, Nogales, Patagonia, Sonoita, and ended up staying a couple of nights in Sierra Vista.  Believe it or not, the Patagonia and Sonoita areas are known as wine country, and there were plenty of wineries and vineyards in the area.  Patagonia also has a nice small lake and campground that would be a great place to spend a few nights, during the spring or fall season.

After staying the night in Sierra Vista, I actually woke to a snow storm!  Judging from the locals all taking photos of the snow, I gathered that snow was unusual in this part of the state.  My plan was to let it warm up a bit and then head out to a place called Ramsey Canyon Preserve which is near Sierra Vista, but is in the foothills of the Huachuca Mountains (one of the Sky Islands I mentioned earlier).  The small change in elevation going up to Ramsey Canyon had a dramatic effect on the weather.  After using low range 4WD and following the only other set of tire tracks, I got to Ramsey Canyon and there was about 8 inches of snow on the ground.  The caretaker didn't even charge me admission and I had the place entirely to myself.  Very cool!!  My boot prints were the only ones around and I ended up capturing a few unexpected wintry scenes.  Here they are: 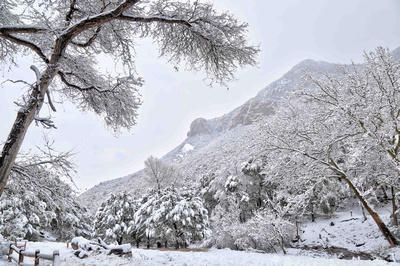 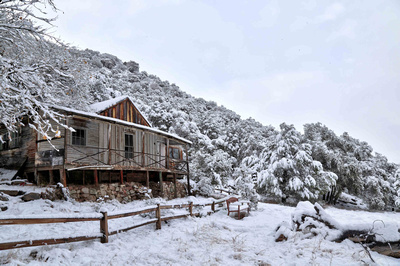 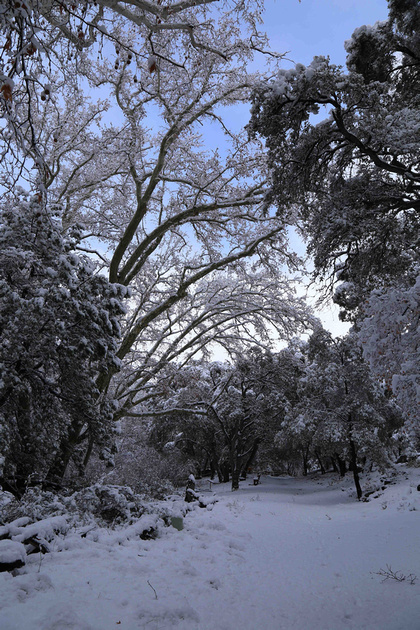 I thought the following picture was really unique.  The color of the bark on the tree really pops! 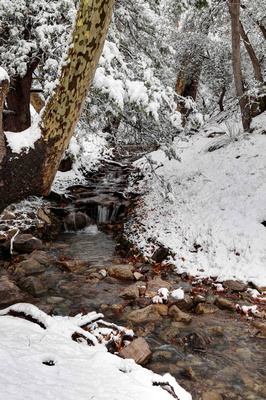 After visiting and hiking 3-4 miles in Ramsey Canyon, I headed back to the Sonoita and Patagonia area and explored a bit.  The weather prevented me from getting any spectacular shots and doing any major hikes, but I made the most of it by taking some scenic drives and just enjoying the day.  Here are a couple of pics... 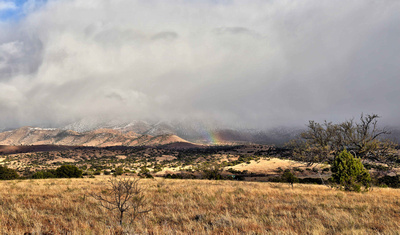 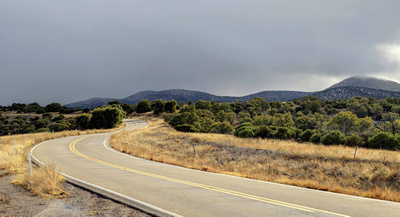 After staying another night in Sierra Vista, I headed home.  I couldn't resist taking Scenic Highway 83 up through the Santa Rita Foothills on my way back.  I also stopped at the Spanish Catholic Mission San Xavier del Bac, which was built in the late 1600s.  Pretty intricate architecture.  Here are a couple of pictures. 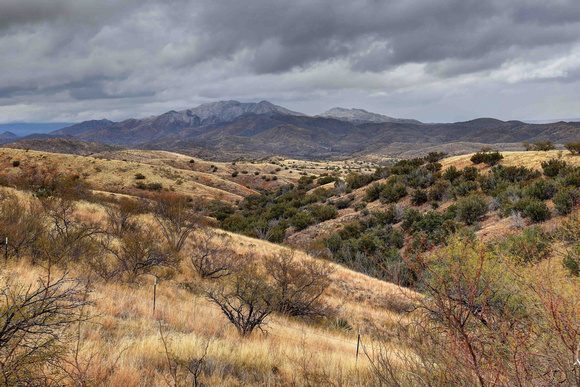 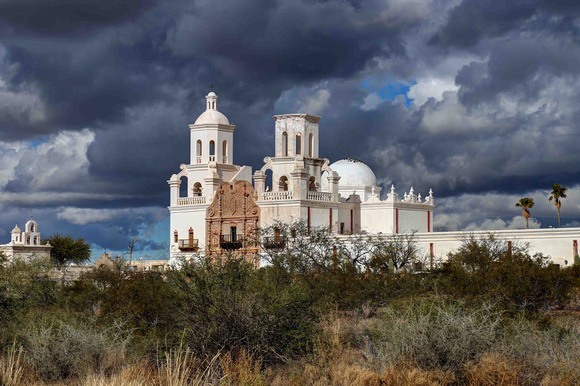 Overall, I put 870 miles on the truck over three days and about ten more miles on my hiking boots.  It wasn't perfect for taking pictures or hiking, but I made the best of it and was very glad to get away from the busy holidays and the crowds of the big city.  I hope you have enjoyed this blog and if you ever want an idea or two about visiting unique places in Arizona, please send me a note!

Happy New Year and may 2020 be fruitful and prosperous for you!  Thank you for reading.