Adventuring in the White Mountains... Again!

Ahhh...  Summer in the White Mountains of Arizona!  I can't think of a much better place to spend a week.  In early August, I headed up to stay a few days at a cabin at Lake of the Woods in Pinetop-Lakeside Arizona with my brother and parents.  It's a pretty peaceful and quiet area, although the towns of Pinetop, Lakeside, and Show Low Arizona are overcrowded during the summer months, so I added on a few more days in Alpine and did some remote hiking and photography near Alpine, Hannagan Meadow, and the tiny community of Blue Arizona.

During my stay in Pinetop, I spent some time walking along Walnut Creek where you could spot plenty of wildlife.  I ended up running into a group of 4 baby raccoons, spotting what I think was an Osprey, and also a Great Horned Owl which I've seen in the area during past trips up here.  They are having quite a monsoon season up in the mountains and it pretty much rains each day.  I was thankful we had the shelter of a cabin as there were a few really close lightning strikes including one that was no more than 200 yards away.  Hear are a few pictures from Pinetop-Lakeside... 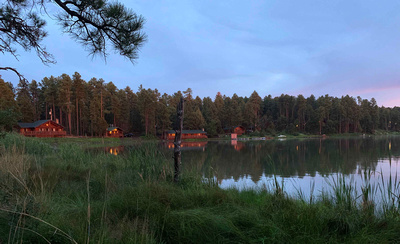 Lake of the Woods in Pinetop 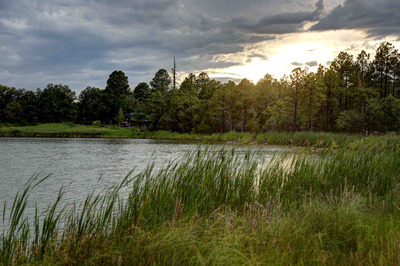 Lake of the Woods at Sunset 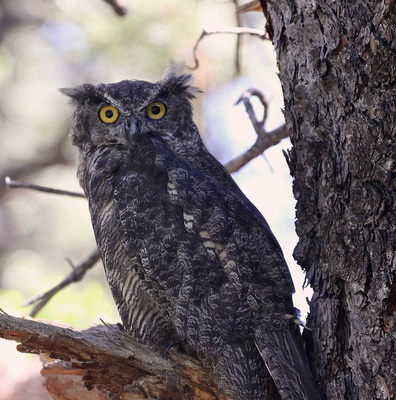 This shot of an Osprey was taken with my 600mm wildlife lens from 100 yards or so away.  That lens is so amazing when you capture the right moment.  Actually the owl photo was also taken with that same lens.  Really cool opportunity and I didn't disturb either of them. 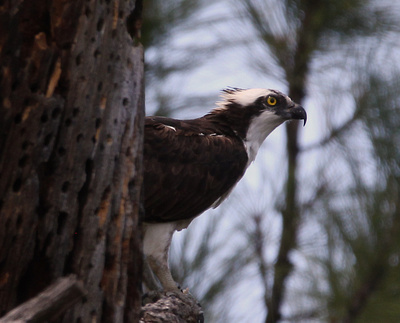 After Pinetop, it was time to go off on my own and really head out into the wilderness.  It is especially remote and peaceful along the roads from Alpine to Blue Vista Lookout, so that is where I spent most of my days.  I also ended up taking a scenic dirt road from Alpine down to and through the tiny community of Blue Arizona (the population of Blue is just 36, although they actually have a school, a library, and a post office).  Alpine sits at about 8000 feet in elevation and the road plummets down to Blue which is at about 5800 feet in elevation, crosses the Blue River several times, and even crosses the New Mexico border for a brief period.  Then the road climbs back up to 8200 feet before returning to Alpine.  It was an amazing and very scenic drive of about 49 miles.  The crazy thing is that it took me about 3 hours and I never saw another car or person the entire time!  You can read a little more about the scenic drive here.  Here are a few pics of the drive and the area... 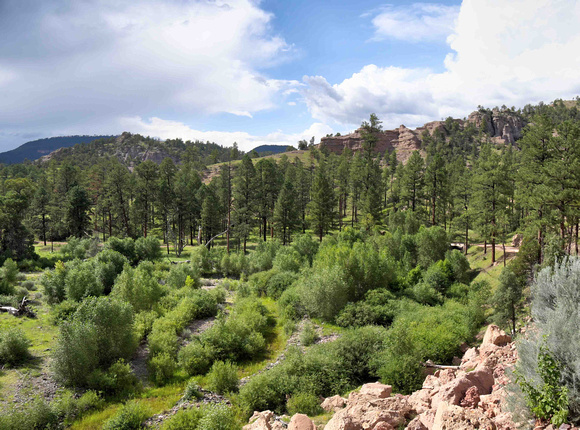 Notice the thunderstorm rolling in in the distance.  I really like this shot... 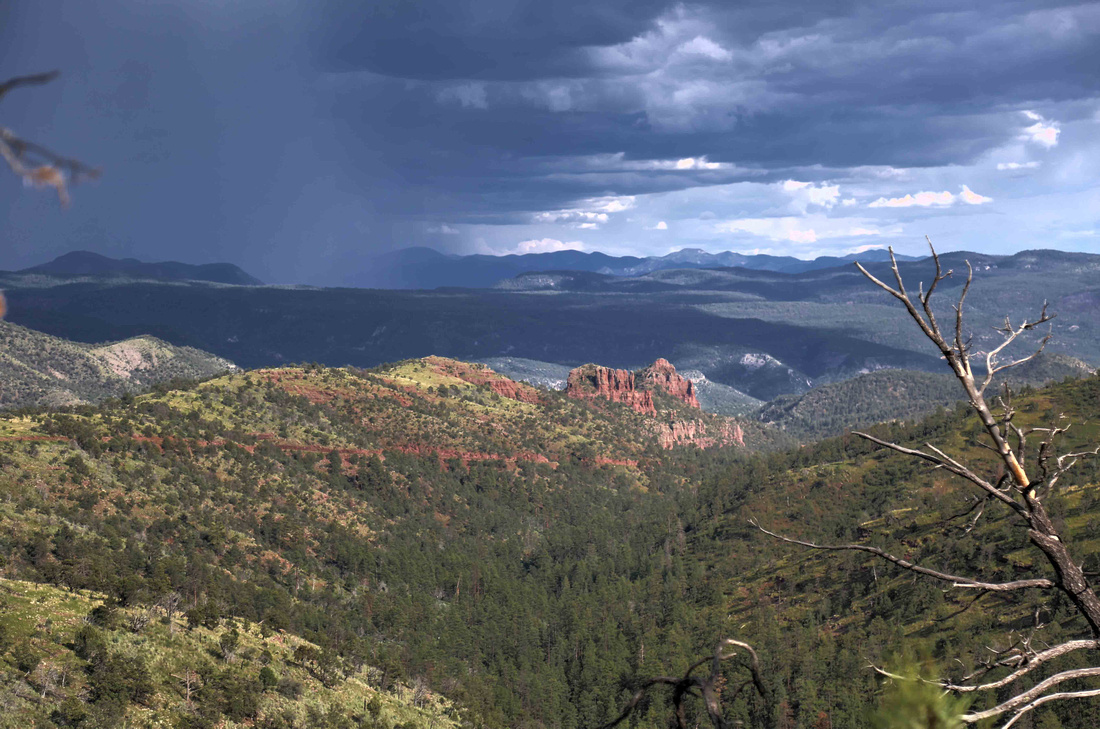 Over the next couple of days, I hiked a few trails, had a nice picnic lunch under a shade tree next to a babbling brook called Corduroy Creek, had plenty of wildlife sightings, and many photo ops.  It it so incredibly scenic up in this part of Arizona and it's really amazing to me that there are so few people.  Just to give you an idea, I ended up hiking 4 different trails about a total of 7 miles.  That entire time, there was only one trailhead with another car parked at it and I never saw another person.  It is so isolated and remote that it's spooky.

One morning I woke up before dawn and drove south from Alpine past Hannagan Meadow and out to the Blue Vista Overlook.  It poured down rain and was pretty foggy.  When I got to the overlook, the clouds started to break and I snapped what I think is one of my better photos.  The sunrise was breaking through the clouds and the fog was spilling up and over the Mogollon Rim.  Really a special opportunity! 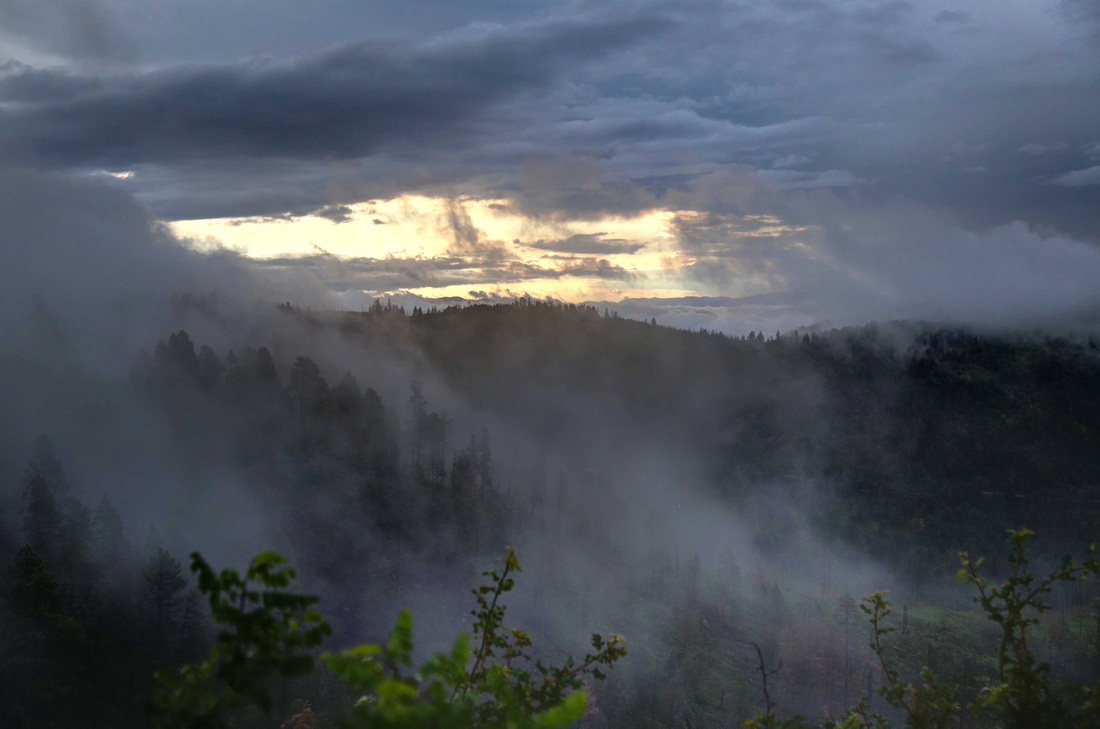 The trails I hiked were Reno Lookout, KP Creek, Aker Lake, and Foote Creek.  I also did quite a bit of off-roading which included a drive over to Buffalo Crossing and Wildcat Bridge, both of which cross the Black River, which was running at a pretty healthy pace (great to see in these times of record drought)!  I ended up with another gorgeous shot near Three Forks, which is a concentration of meadows near where several creeks converge to form the East Fork of the Black River.  Here are a few of the wildlife and meadow pictures... 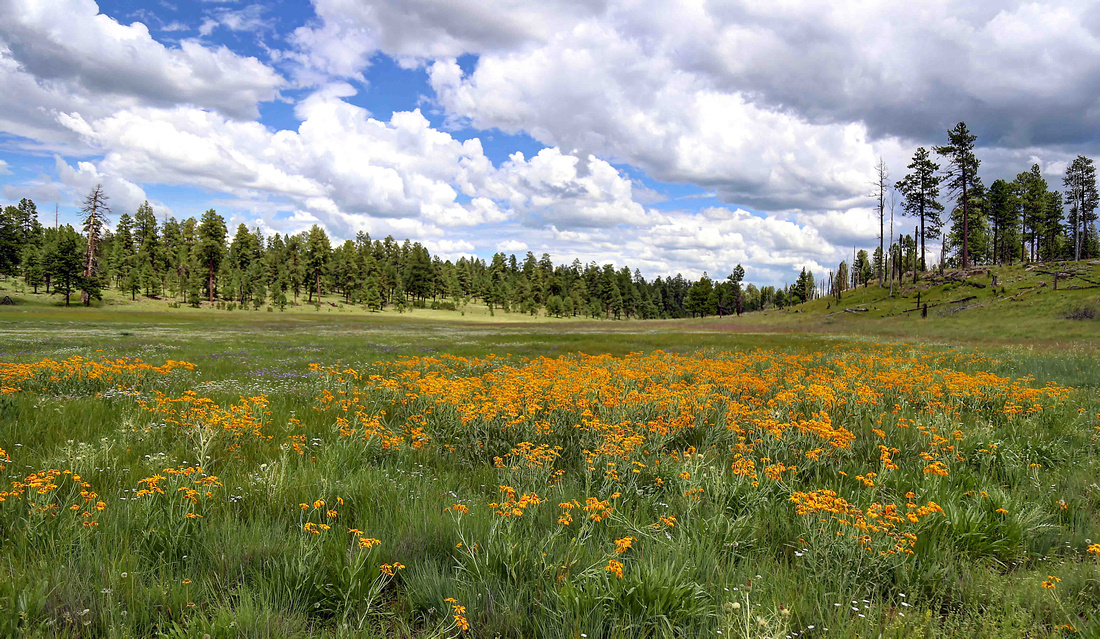 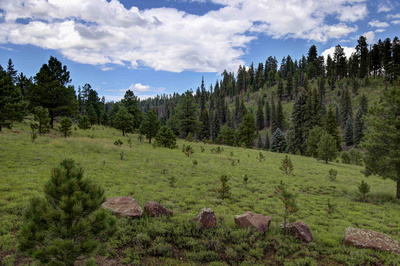 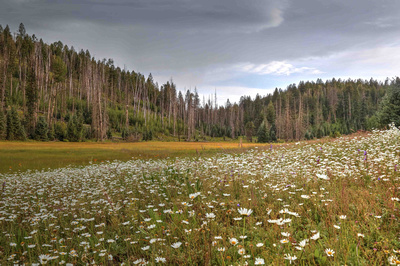 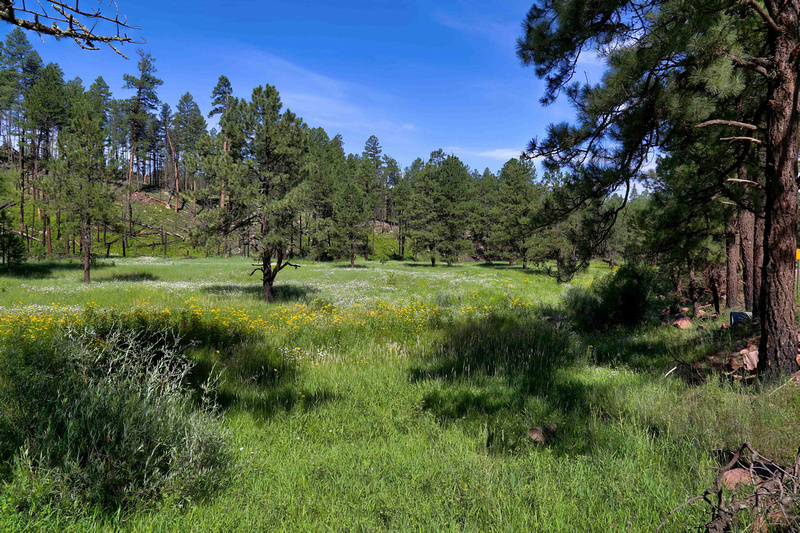 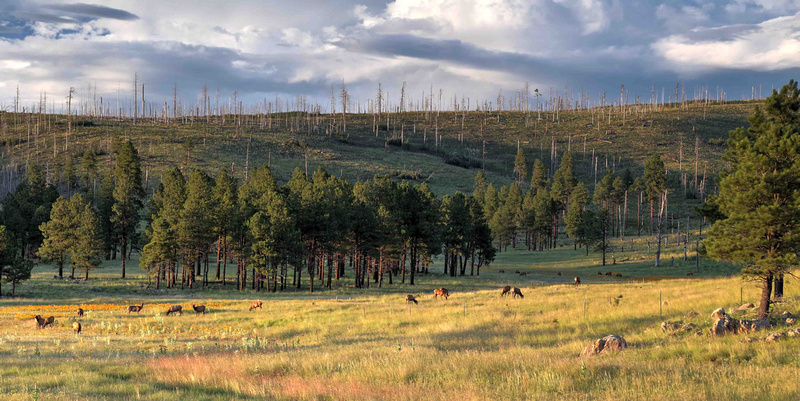 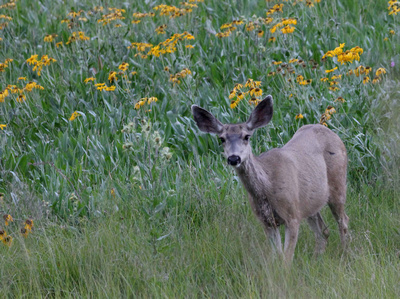 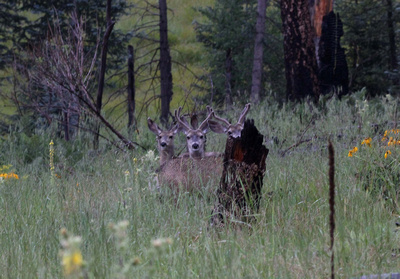 My last stop before heading back home was north of Alpine to a beautiful high-elevation lake and the base of Escudilla Mountain, called Hulsey Lake.  I hiked around the perimeter in the early morning and again had the place to myself. 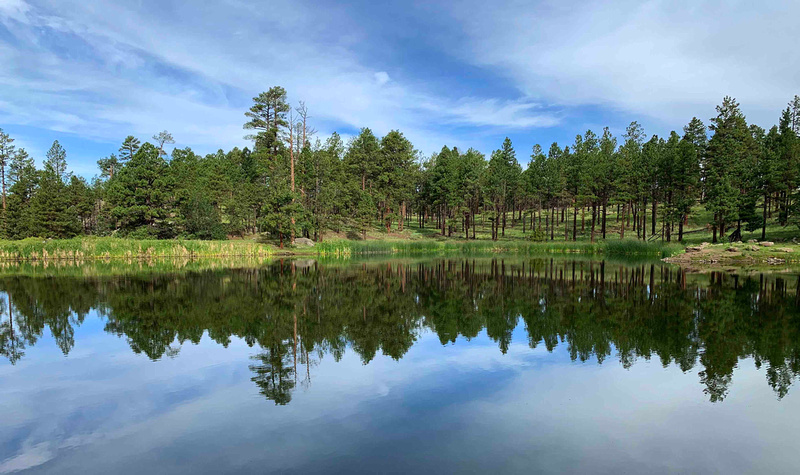 Sadly, that marked the end of my trip to the White Mountains and I headed back to the 100 degree days in Phoenix.  I'll bet between camping and hiking/photo trips, I've been up to this area near Hannagan Meadow at least a dozen times.  And you know what?  It NEVER gets old!!  I always have great opportunities to experience nature at its best in the form of wildlife, breathtaking landscapes, cool temperatures, high elevations, and the peace and quiet that only remote wilderness can offer.

I hope you have enjoyed reading and even more than that, I hope you take the opportunity to go exploring in the White Mountains.  Shoot me a note if you'd like any recommendations for areas to explore or capture a magical photo.  Happy Adventuring!