So starts the National Parks tour that I took in late September and early October of 2009.  A friend and I traveled over 11 days from Phoenix Arizona and visited Zion, Bryce, Grand Teton, Yellowstone, Arches, and Canyonlands National Park.  Grand Teton National Park was the third stop along the 3,500 plus mile trek and my first visit to the Teton range.  It was awe-inspiring.  The opportunities for adventure and photography lie around every bend in the road and along every hike.

Although there were many stories behind this visit to the Tetons, one in particular stands out and was quite funny (to us anyway).  The morning after we arrived, we got up a couple of hours before dawn and drove out to String Lake.  As the first light of day graced the eastern sky, we knew it was prime time to see the wildlife the park had to offer.  Near the turnoff to String Lake, a herd of dozens of elk crossed the road in front of us.  In our excitement, I grabbed my camera gear and my friend leapt out the car, slamming the door and yelling and screaming in excitement.  She said something along the lines of "Oh my God!  Look at the size of that bull elk over there!", startling the herd into a dash to the nearby woods.  About fifty feet off the side of the road, a professional (and quite disgruntled) photographer all dressed in camouflage and equipped with a two foot long camouflaged zoom lens stood up, waved his hands in anger, and told us to shut the @$#% up.  It turns out he had been there for about an hour attempting to get the perfect shot.  Our excitement spoiled his moment and we were so ashamed of ourselves.  I was able to get off a shot of one of the massive beasts.  I'm willing to bet that its back stood 6 feet off the ground.  The biggest elk I had ever seen. 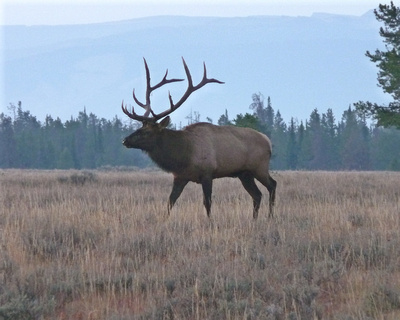 We actually drove back through Grand Teton National Park again after visiting nearby Yellowstone and a substantial amount of additional snow covered the mountains.  You can tell in a few of the later pictures.  Below are just a few of the magical moment caught with the camera eye. 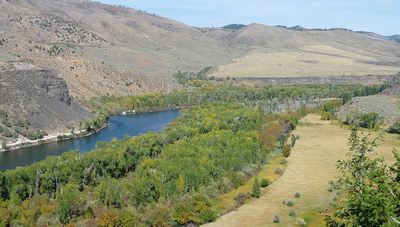 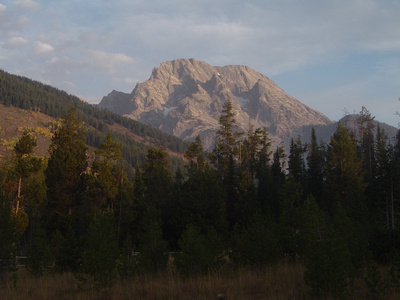 First glimpse of the Teton Range

Here's a photograph of String Lake in Grand Teton National Park shortly after dawn and also shortly after the shameful pro photographer incident.  The water was so calm and it was so peaceful and quite.  A beautiful moment to capture... 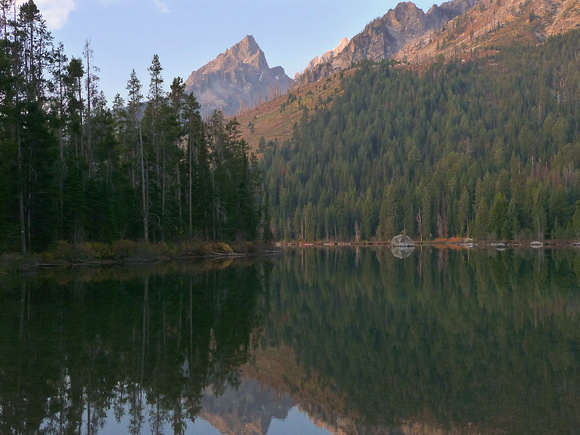 The following photo was taken very close the spot where Ansel Adams took his famous black and white.  I noticed that years after my visit to the site.  There a lot less drama in the sky, but I think it is quite a photo anyway.  I would encourage you to do a search for the Ansel Adams photo.  I think you will get gain an appreciation for the patience it took him to find the perfect spot and light conditions. 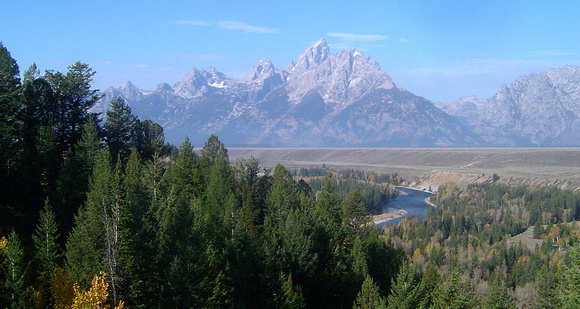 Snake River and the Teton Range 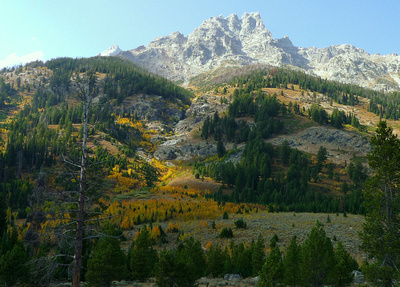 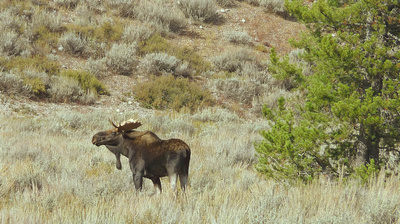 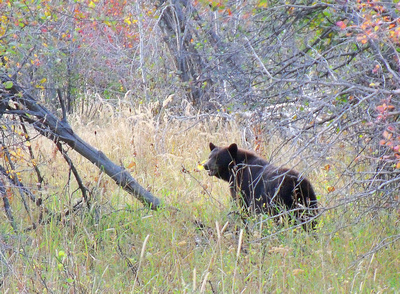 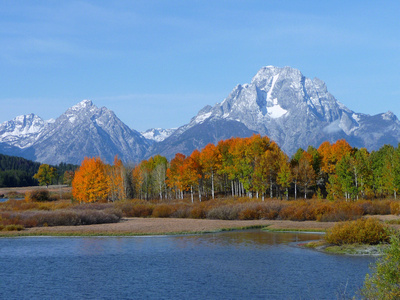 I love  the early morning fog in this shot... 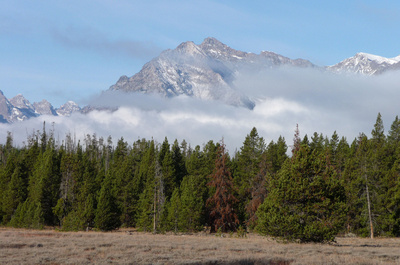 Morning fog in the Teton Range