In may of 2010 I had my first visit to Yosemite National Park. On the way up there, we took a side trip to a place called Mammoth Pool Reservoir.  Upon seeing that view, I just knew there was something special nearby. 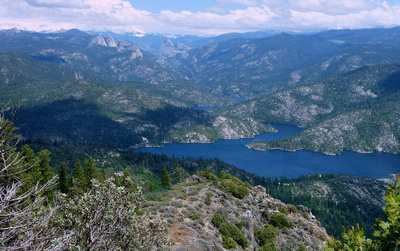 Along Mammoth Pool Road near Yosemite

Then it was on to the main attraction.  The steep winding Wawona Road heads through a tunnel and then WHAW, the Yosemite Valley is right smack in front of you.   My gosh, it was like stepping into a dream!  It was a foggy morning and the clouds began to break just as we entered the park... 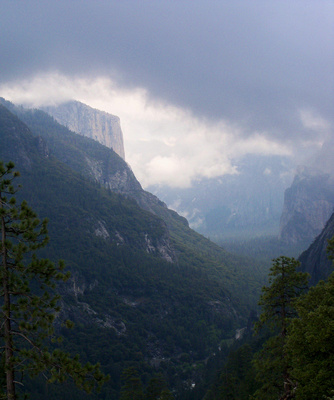 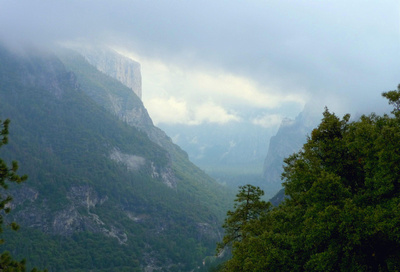 There were so many awesome views.  Here are a few of many photo ops... 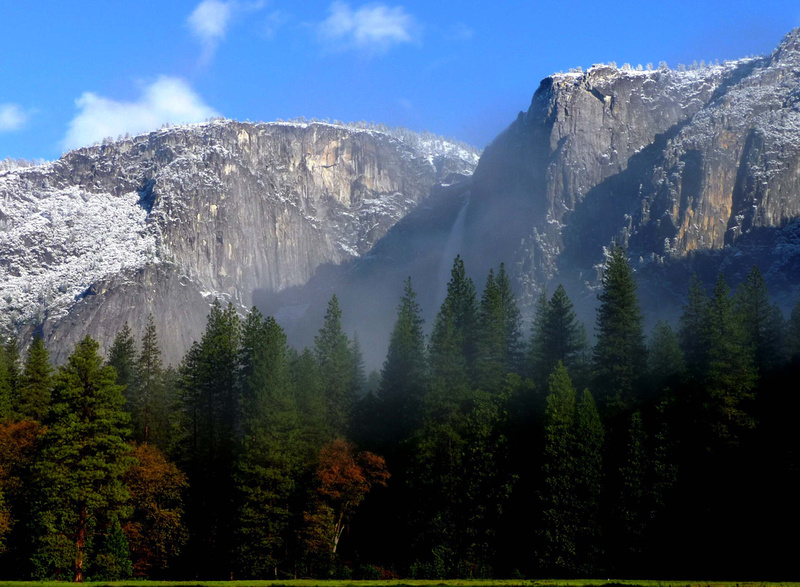 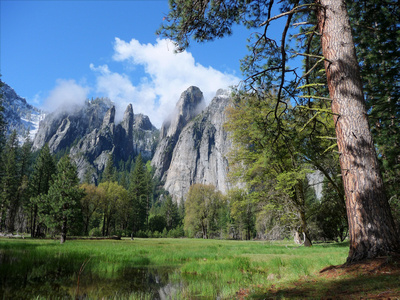 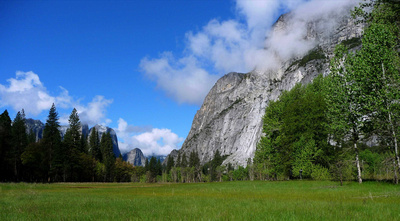 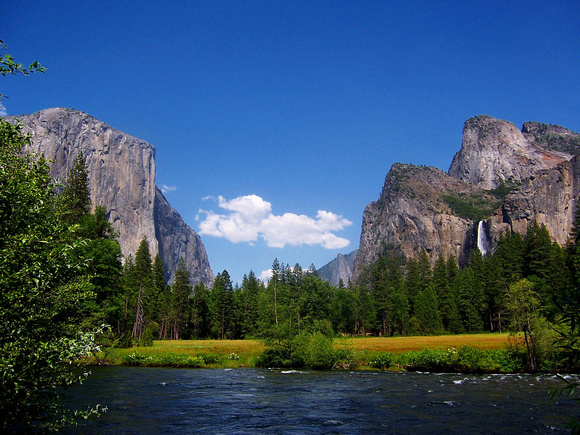 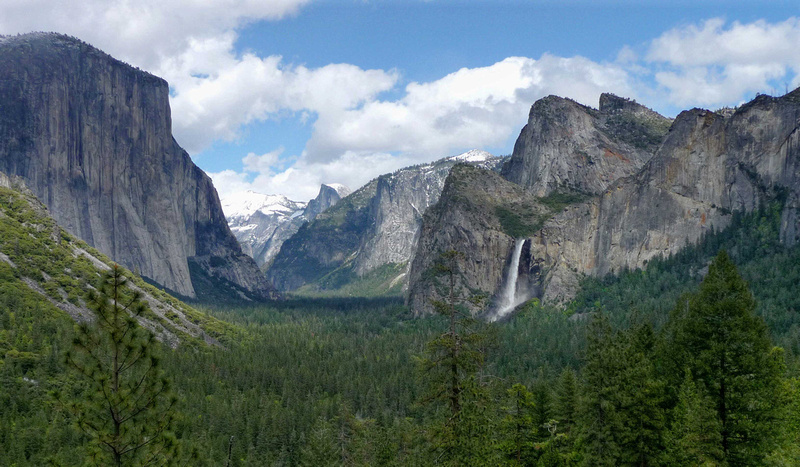 El Capitan, Bridalveil Falls, and Half Dome in Yosemite Valley 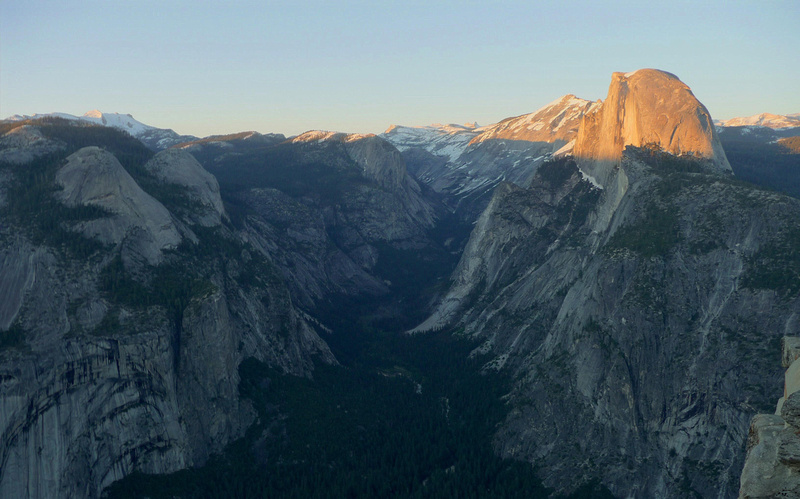 One of the many hikes during this trip was to Upper Yosemite Falls.  It was a grueling hike of several miles and countless switchbacks.  The payoff was an incredible view of the valley and of Half Dome. 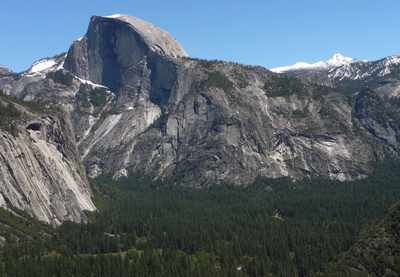 Half Dome along the hike to Yosemite Falls

Even saw a grizzly bear along the road to Hetch Hetchy Valley. 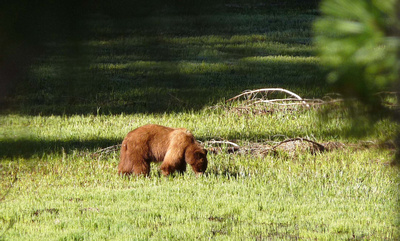 The Hetch Hetchy Valley has kind of a sad story to it.  Apparently, in the early 1900s, before the area was protected by the National Parks Service, the Hetch Hetchy Valley was renowned for its natural beauty which was often compared to that of Yosemite Valley itself.  However, it was also targeted for the development of water supply for irrigation and the growing city of San Francisco.  The demand for water eventually won and in 1923, O'Shaughnessy Dam was built and the Tuolumne River filled the valley into what it is today, the Hetch Hetchy Reservoir.  Here is a 1923 photo compared to the one taken during this 2010 trip. 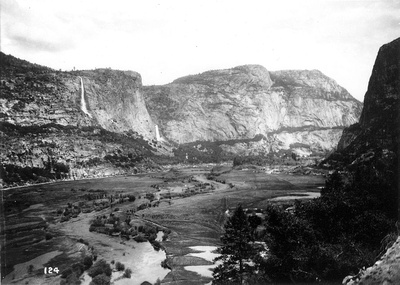 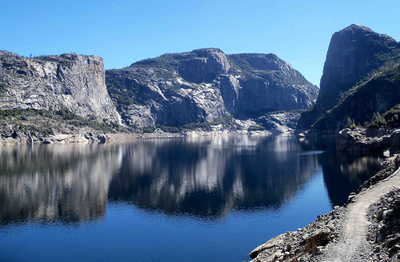 Despite the story of the Hetch Hetchy Valley, I love this place and would be back again!