Half the fun of a destination in getting there right?  RIGHT!  Part two of my adventure in the state of Colorado is about getting there and coming back home.  It took us two days to get to RMNP, and going up and coming back were two completely different routes, and they were both adventures in and of themselves.

On the way up, we drove through Gallup New Mexico, then on up to Shiprock (I actually called it Shitrock, LOL).  Then up through Farmington, and Durango, Colorado.  We overnighted at Purgatory Ski Resort.  That night, we were hangry for pizza and ate at a place called Olde Schoolhouse Café which claimed to have world-famous pizza.  Well...  seeing how I am re-creating this blog in 2018, and I still remember (after 7 years) that mouth-watering, tasty, culinary masterpiece, I think it is safe to say that the pizza at Olde Schoolhouse Café was indeed outstanding!!

What was even more outstanding was the next day's drive, which took us up The Million Dollar Highway, which runs from Durango to Silverton.  It is a high-elevation road that winds through the mountains.  In the morning, there was thick fog in the mountains and it settled in Silverton.  After coming out of Silverton, the road started climbing and the we came up out of the fog and found a turn off.  I looked back along the route we took and snapped what turned out to be one of my all-time best photos.  I mean...  mountains, snow, fog, forest, winding road?  You could not take a bad photo!  Here's a few pics from the Million Dollar Highway, including the award winner. 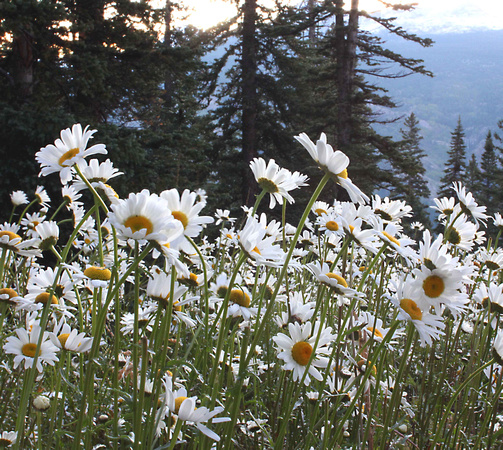 Wildflowers along the Million Dollar Highway 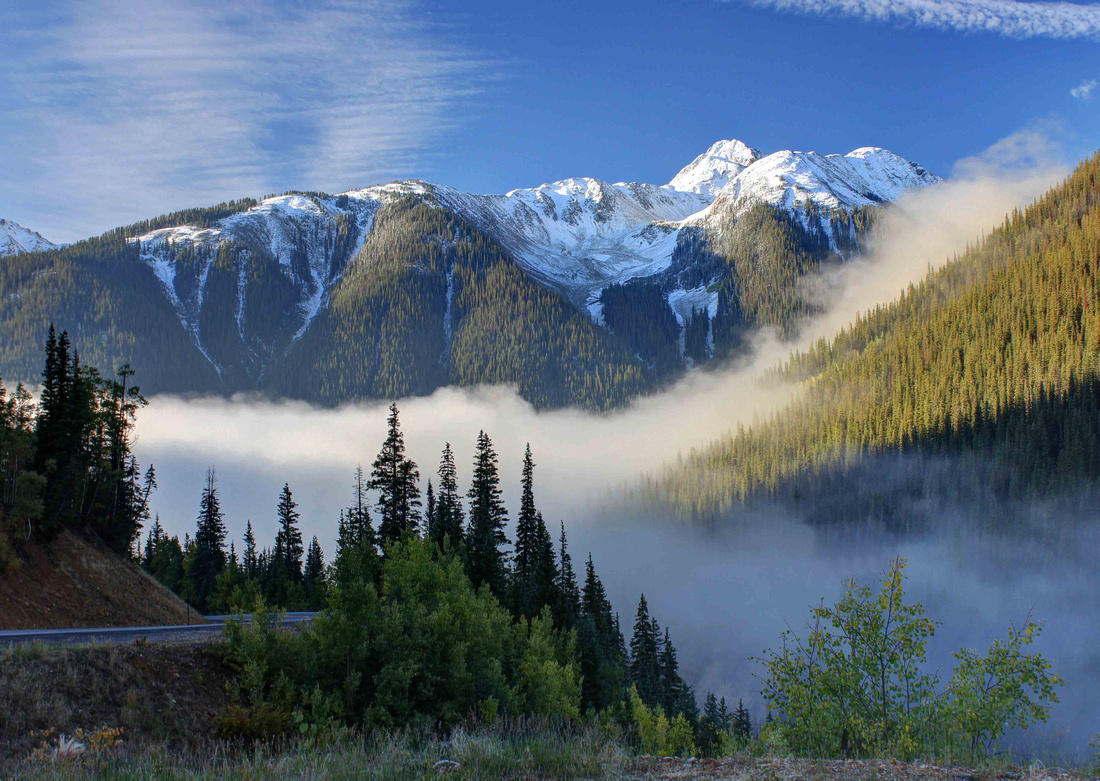 Anyway, then it was on to the town of Ouray, which is a supercool hippie town with a bunch of 4-wheel drive and hot spring fanatics.  Then on to Black Canyon of the Gunnison National Park, which was spectacular enough to shoot a few photos... 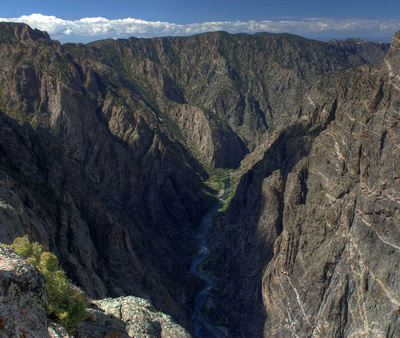 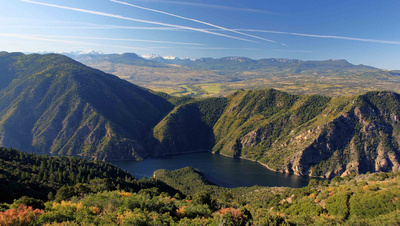 Then, let's see, up Route 92, Route 193, Route 82, I-70, Route 131, Route 1, Route 9, Route 40, Route 125, and Route 34 up to RMNP, which you can read about in Part 1 of this blog.  After Rocky Mountain National Park, it was Route 7, Route 72, Route 119, and Route 46 through Golden Gate Canyon State Park.  We got sort of lost back in that park but finally found a winding one-lane road that got us back on I-70, but it was so worth getting lost because the aspen were in peak color!  Once back on the interstate, we passed by Dillon Reservoir (beautiful), down Route 91 to Leadville, then Routes 24 and 285.  We overnighted in Great Sand Dunes National Park, which was just mind-blowing!!  Then down to Santa Fe where we stayed at my friend, Jen's place.  Then back home to Phoenix 12 days after leaving.  Here are a few pictures from the trip back... 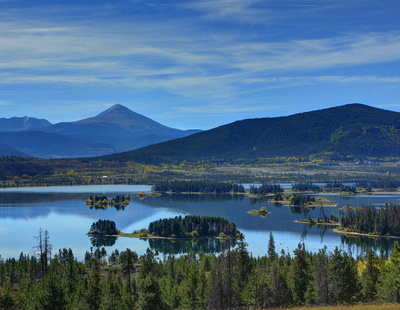 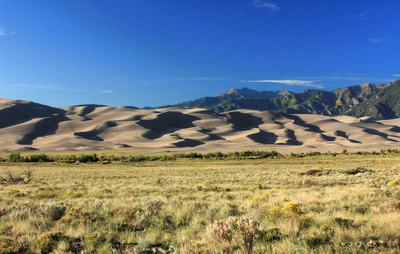 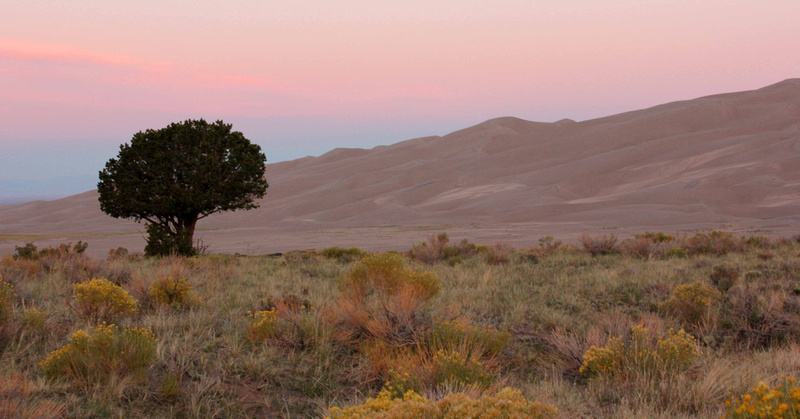 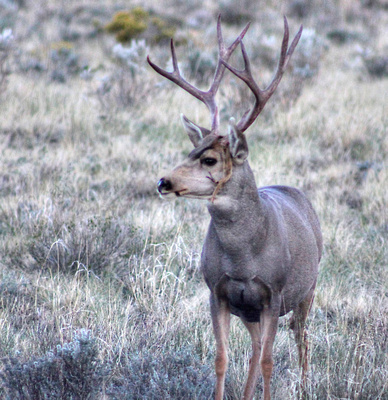 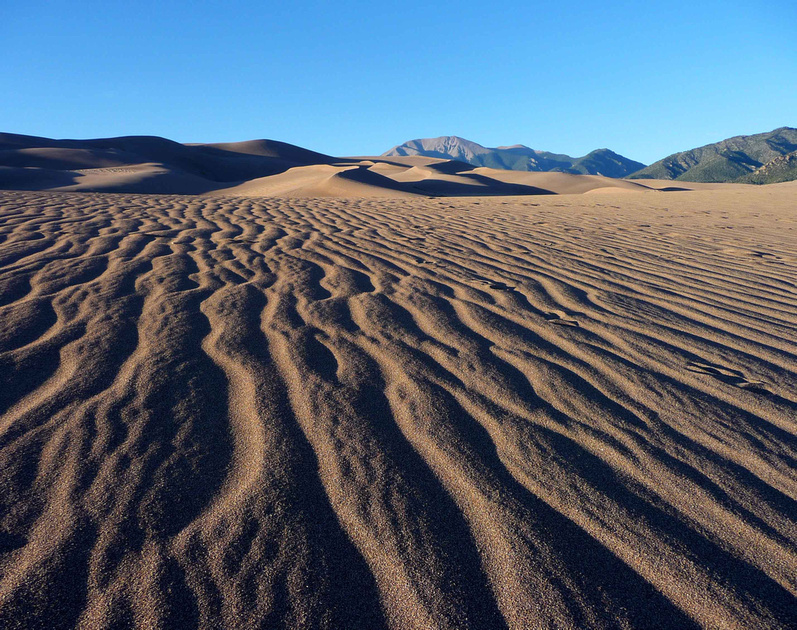 Colorado is such a breathtaking state.  There are so many opportunities for adventure and photography.  I would highly encourage each of you to explore the sate and share your adventures with me!  Thank you for reading this 2-part blog, and I hope that you have a wonderful day!