Okay, this was an awesome trip!!  On the week before Christmas in 2017, I made spontaneous plans to head up to Northeast Arizona and Southeast Utah for what would have been 4 nights.  Yeah, I caught some kind of sinus infection, and yeah, I got snowed-in in Moab (ended up staying 5 nights), but I've got to tell you, it was totally worth it!

So I flipped up to Monument Valley and spent two nights at The View Hotel, in which every room has an incredible view of the famous Mittens.  I drove along the 12 mile dirt loop that descends into the heart of Monument Valley, hiked the Wildcat trail, drove another 4x4 trail called Valley of the Gods, and conquered the Moki Dugway... all in the first two days!!  So, if you have been reading my other blogs, you will have noticed that almost exactly one year ago to the day, I was in the area, driving back home from Capitol Reef National Park...  I had planned on driving the infamous Moki Dugway, but ran into a freak snowstorm that left me with no choice but to avoid risking death and bypass the dirt track that descends 1,200 feet in 3 miles.  I had vowed to return and conquer it someday... and fulfilled that vow!

Here are some photos from Monument Valley, the Valley of the Gods, the Goosenecks, the Moki Dugway, and Natural Bridges National Monument.  Make sure you read on for the stunning visits to Arches and Canyonlands National Park, and a cool story along with it. 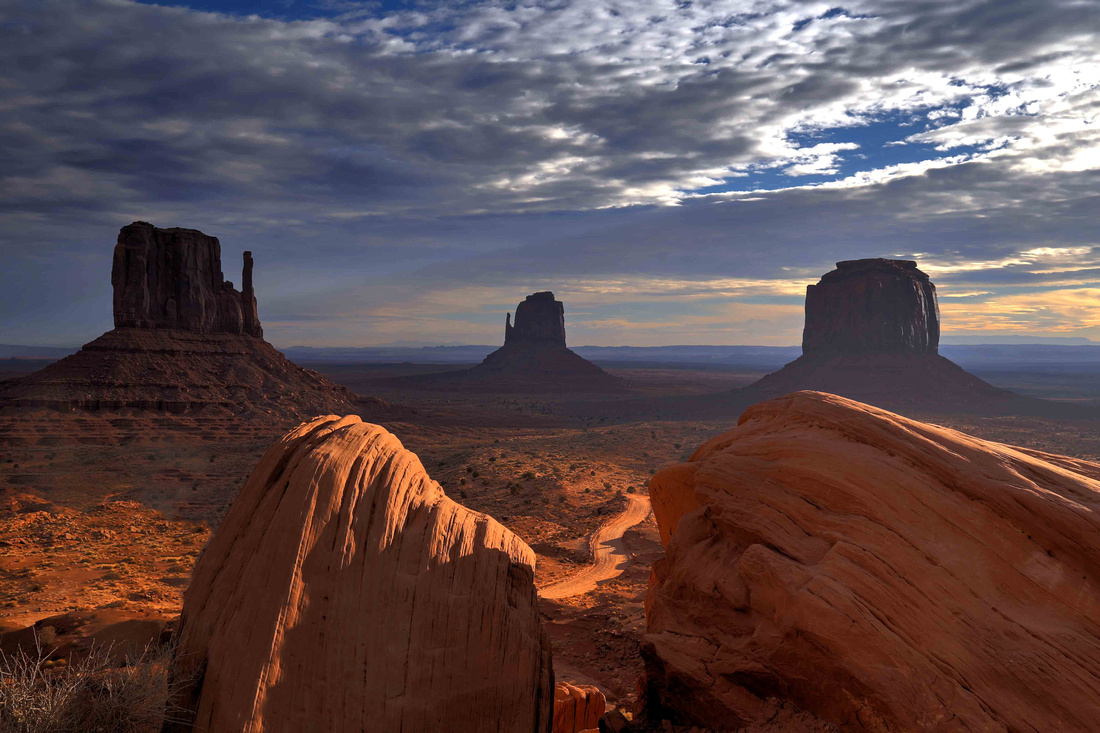 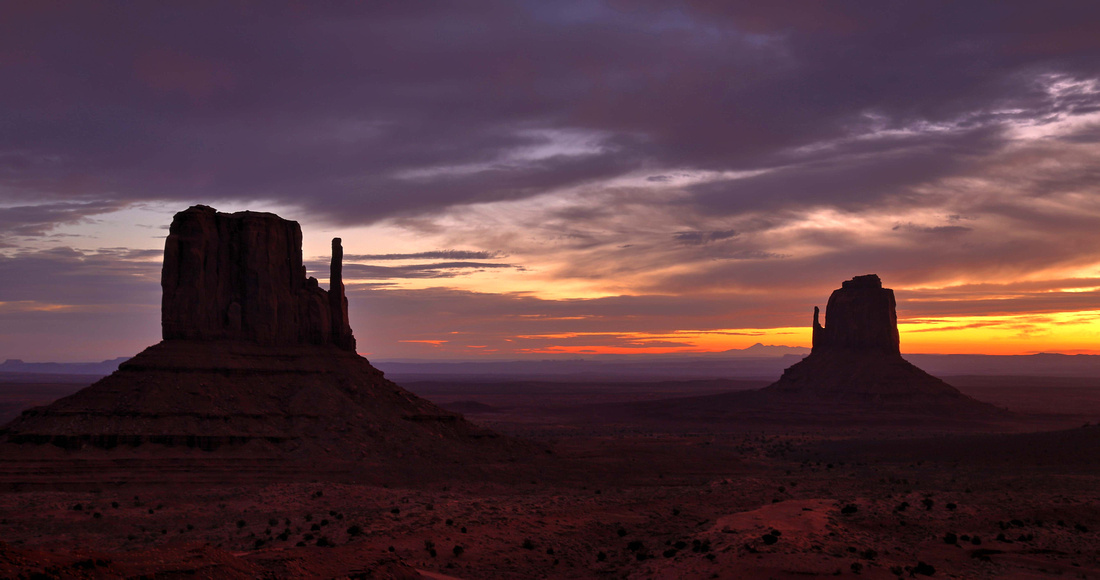 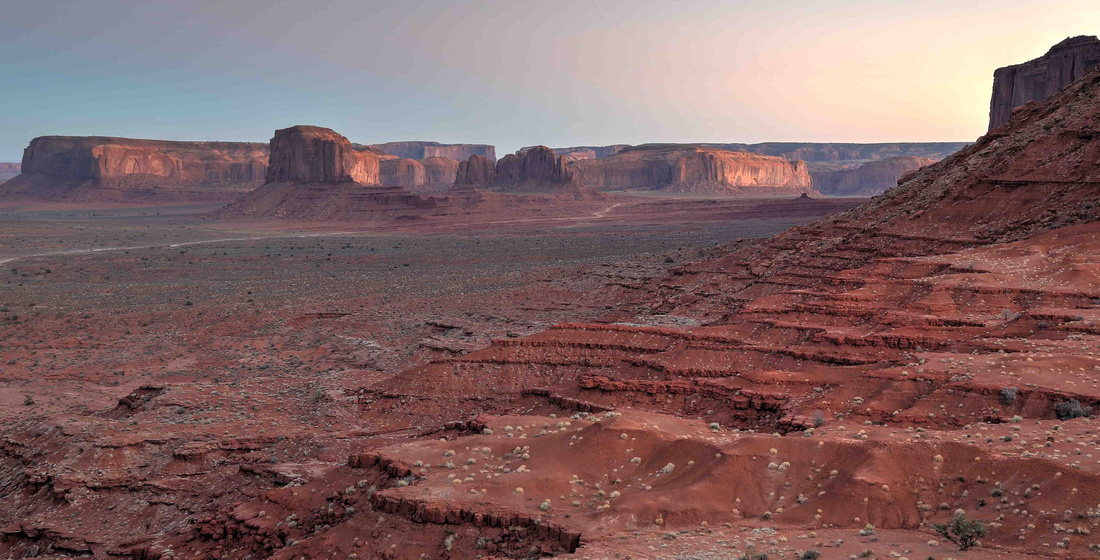 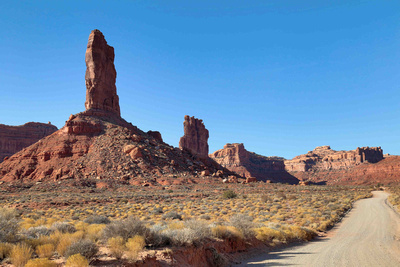 Valley of the Gods in Utah 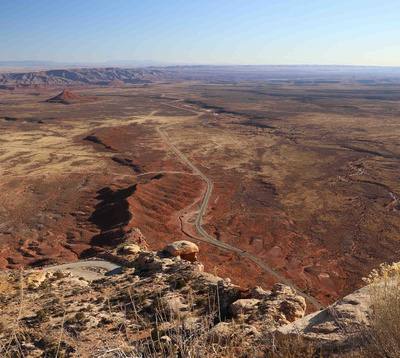 View from the top of the Moki Dugway 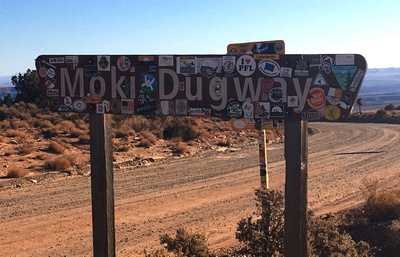 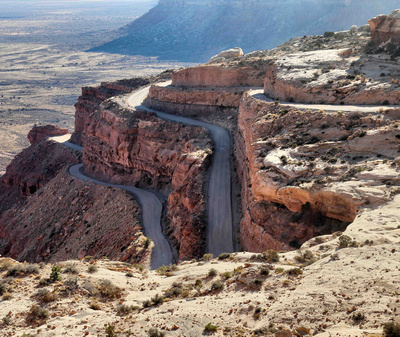 Here is a picture of the San Juan River at an area called The Goosenecks. 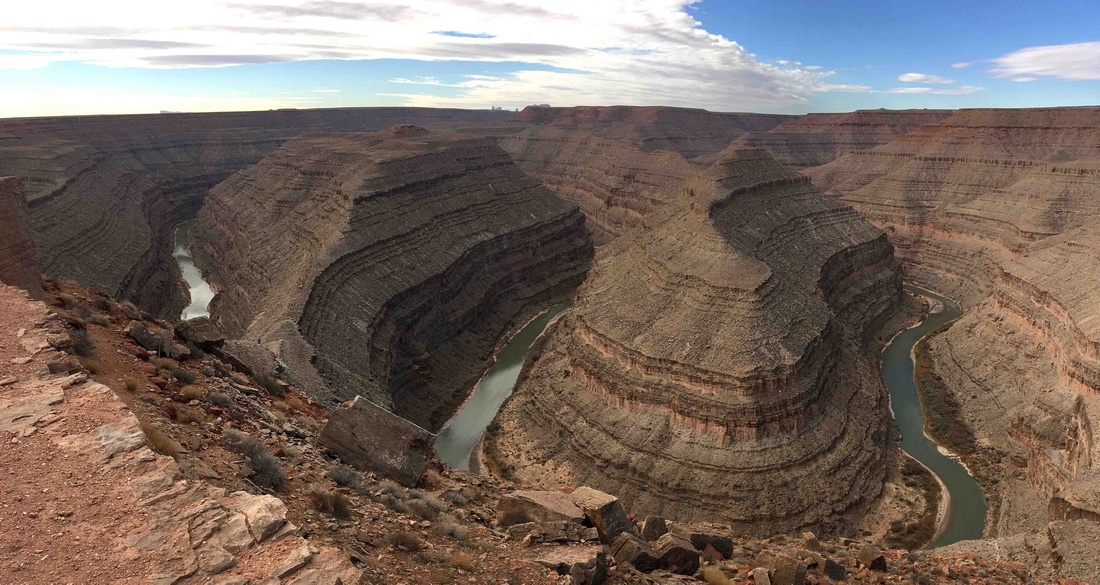 And some photos from the remote Natural Bridges State Park in Utah. 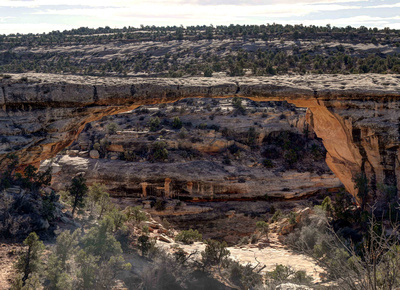 So after this two day adventure in Arizona and Utah, I went on to Moab and planned to spend two nights there.  I went to Canyonlands National Park and took a few shots of Mesa Arch (which you might recognize as one of the default Windows 7 wallpapers), and contemplated driving the Shafer Trail which is a few miles of switchbacks that plummet about 1600 feet in elevation at an 11 degree grade in some spots!  It was a bit late in the afternoon and I decided against it, but thought "I'll come back in the morning and do this!".  Those plans were foiled because the next morning it had snowed 6 inches in Moab and was 12 degrees!!  No way was I going to attempt this trail in icy conditions.  Just like one year ago, I vowed to come back and conquer this amazing 4x4 trail.  Here's a few pictures... 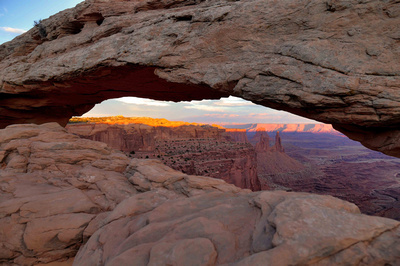 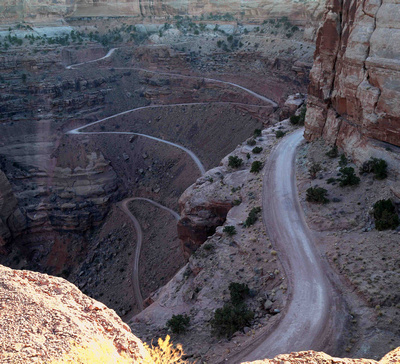 The snow that fell in Moab was near a record and caused the parks to close the next day.  So I ended up extending my stay another day.  I am so glad I did because I got to do about 6 miles of hiking in Arches National Park once they plowed the roads and opened the place up.  I visited Double Arch, Landscape Arch, Delicate Arch, Turret Arch, the Fiery Furnace, Balanced Rock, and few other sites.  Here are a few more pictures from this amazing place.  It was so peaceful, quiet, and undisturbed.  I can't wait to go back again! 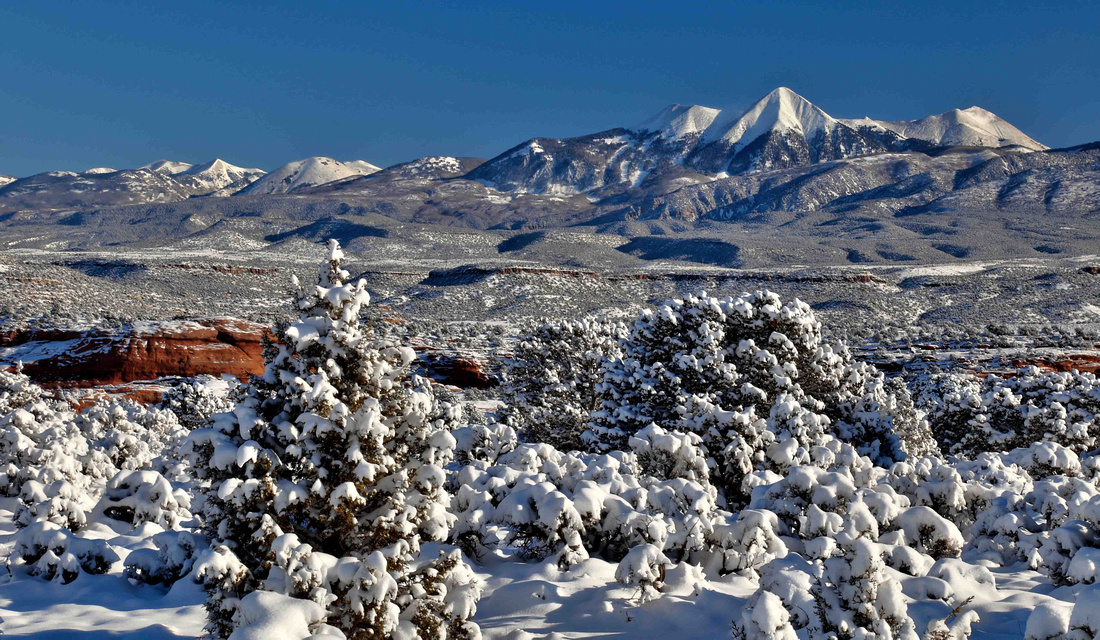 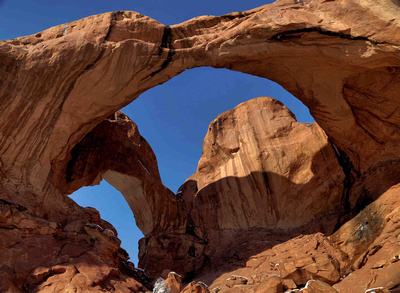 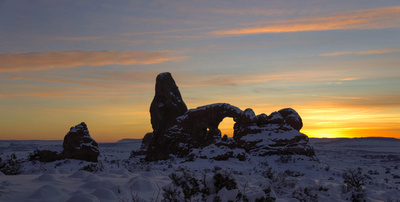 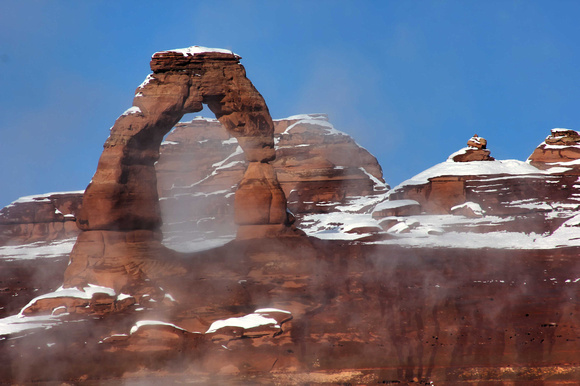 Thank you so much for reading and I hope that you have a wonderful and adventurous Christmas and a Happy New Year!