The road to Four Peaks is a real adventure if you have a 4-wheel drive vehicle.  While I had done the trail several times, this time was special because of the time of year.  Us Phoenicians never get to see snow and the lure of seeing a dusting of it on this iconic Phoenix landmark was just too strong.  So my brother and some friends of ours spontaneously took the drive up, which is 28 miles of dirt road leading up to one of the saddles.

Here's a couple of pictures along the trail.  I love the juxtaposition of the harsh dry desert against the snow on the peaks.  For a guy who doesn't see snow that often, it make you anxious to get up there and explore. 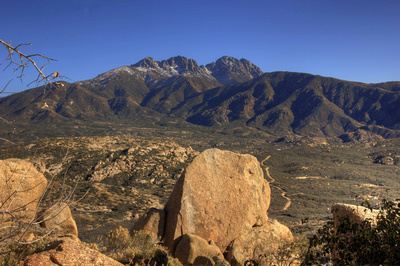 While I got a few photo opportunities, this was mainly a fun test of the capabilities of my Jeep.  My passengers loved some of the hairy spots we got into and even more importantly were able to get out of!  After a fun ride, we made it up to the saddle and played around in the snow a bit! 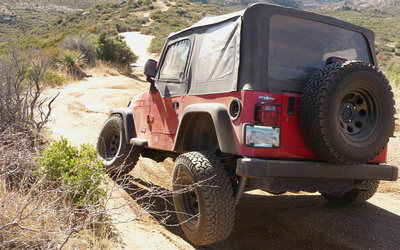 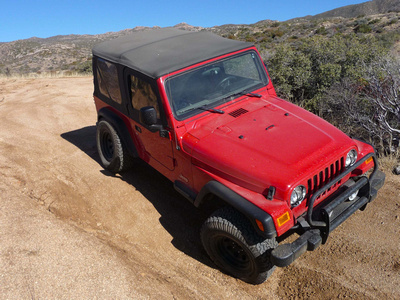 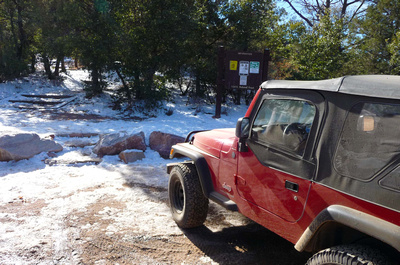 Snow up on Four Peaks